5G now on Tello! If you’re not excited, you should be!

After moving to a new GSM network, we know our customers are keeping a close eye on our services, so here’s a short recap of what Tello offers:

Besides our super affordable phone plans and REAL value for money – that will never change – our service just got better. The switch from CDMA to GSM means improved and constantly expanding coverage, faster data speeds, and better overall network stability. If you want to know more about this change, please head over here. The extra news we’re bragging about today: FREE 5G!

What does 5G mean and what’s the big deal about it?

Tello Mobile’s 5G means high-speed data. Your service will switch seamlessly between 4G LTE & 5G, so you’ll benefit from faster connections, all around.

If you’re looking for knowledge about the nitty-gritty tech details, 5G stands for 5th generation wireless technology – aka the new wireless standard around.

Here’s a bit of background provided by pcmag.com: “5G is an investment for the next decade, and in previous mobile transitions, we’ve seen most of the big changes happening years after the first announcement. Take 4G, for instance. The first 4G phones in the US appeared in 2010, but the 4G applications that changed our world didn’t appear until later. Snapchat came in 2012, and Uber became widespread in 2013. Video calls over LTE networks also became big in the US around 2013.”

tl;dr: Tello subscribers have access to 5G SA (Stand Alone) which allows completely independent operation of the 5G service without any interaction with an existing 4G core. Cool right?

Does 5G cost extra at Tello? No way!

5G is 10 to x100 faster than what you can get with 4G. But there’s no extra cost for that at Tello. All our plans include 5G for free (as opposed to some of our competitors, but that’s another story).

To benefit from this new smarter and faster technology, you’ll have to have an Android phone (it’s not available on iOS just yet) that’s 5G-capable (check the phone specs). If you’d like to bring your 5G-capable Android device to Tello Mobile, just make sure it’s unlocked and GSM compatible

Remember, 5G is not just about speed.

If you’re imagining swarms of drones co-operating to carry out search and rescue missions and traffic monitoring, all communicating wirelessly with each other and ground base stations over 5G networks, you’re not far from the truth.

One more thing: 5G isn’t replacing 4G any time soon. In fact, they will coexist and work together. 5G capable phones can actually use both 4G and 5G technology.

We’re making nice things last some more… Just like that concert with a “twice”. Or that talk in the doorway because there were some more thoughts to share. Or that extra bite of yummy.

This means you get to sign up for Tello (or urge a friend to) and add a new line for the lowest possible price.

The amazing discount is valid for any phone plan combination and the half-priced plans stay with you for 3 months in a row. Remember to keep your plan of choice for the 3 month period, in order to keep the savings going. No payment in advance, of course. 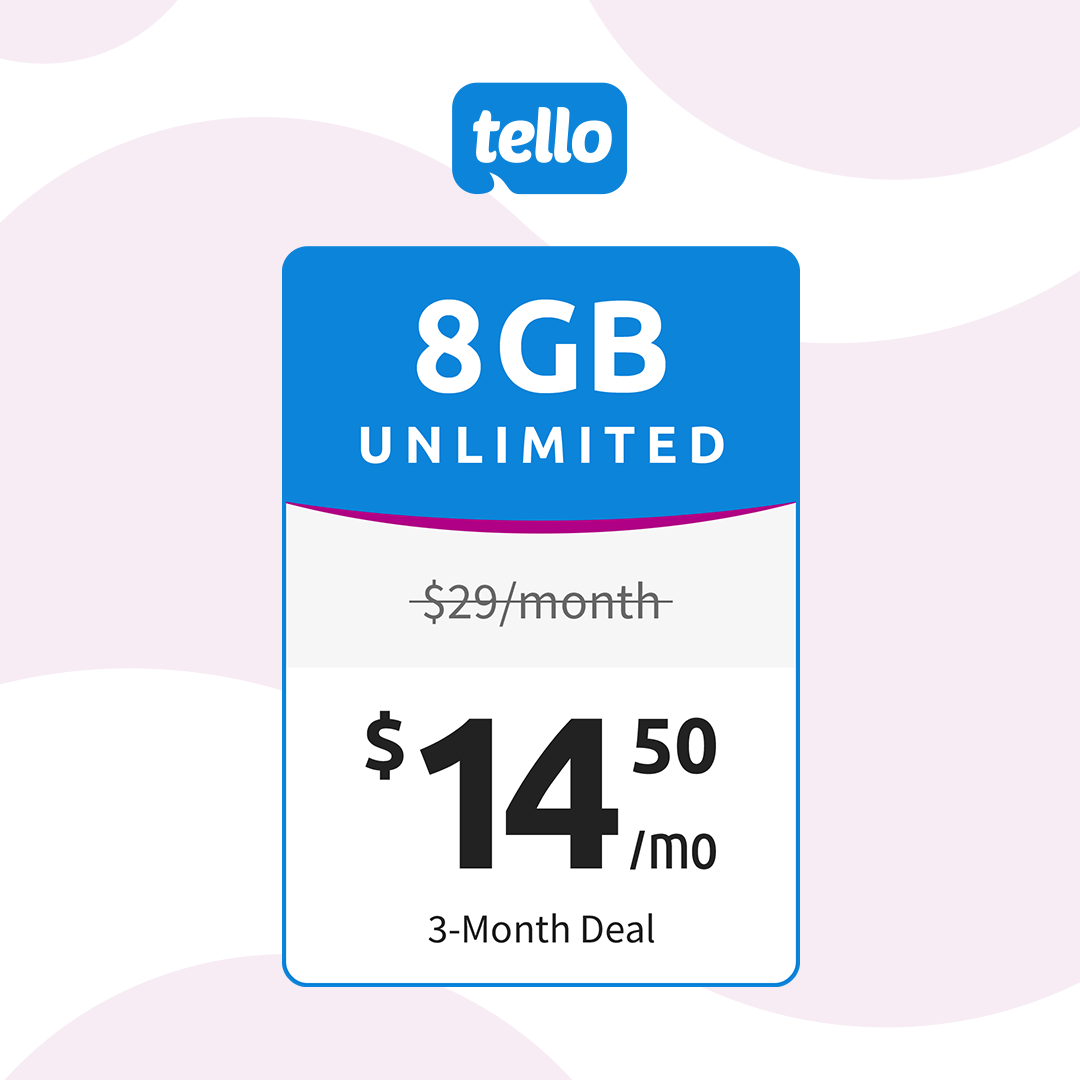 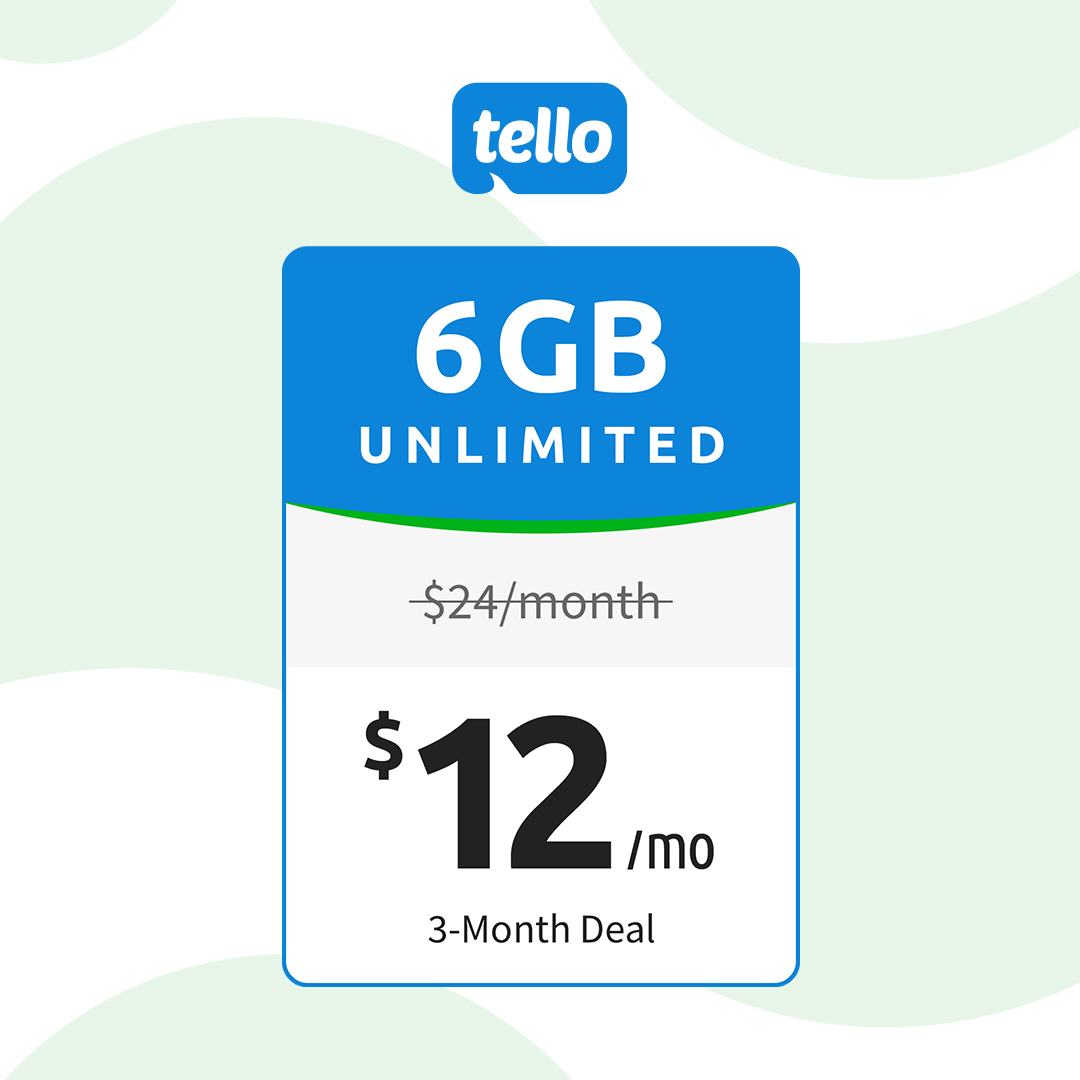 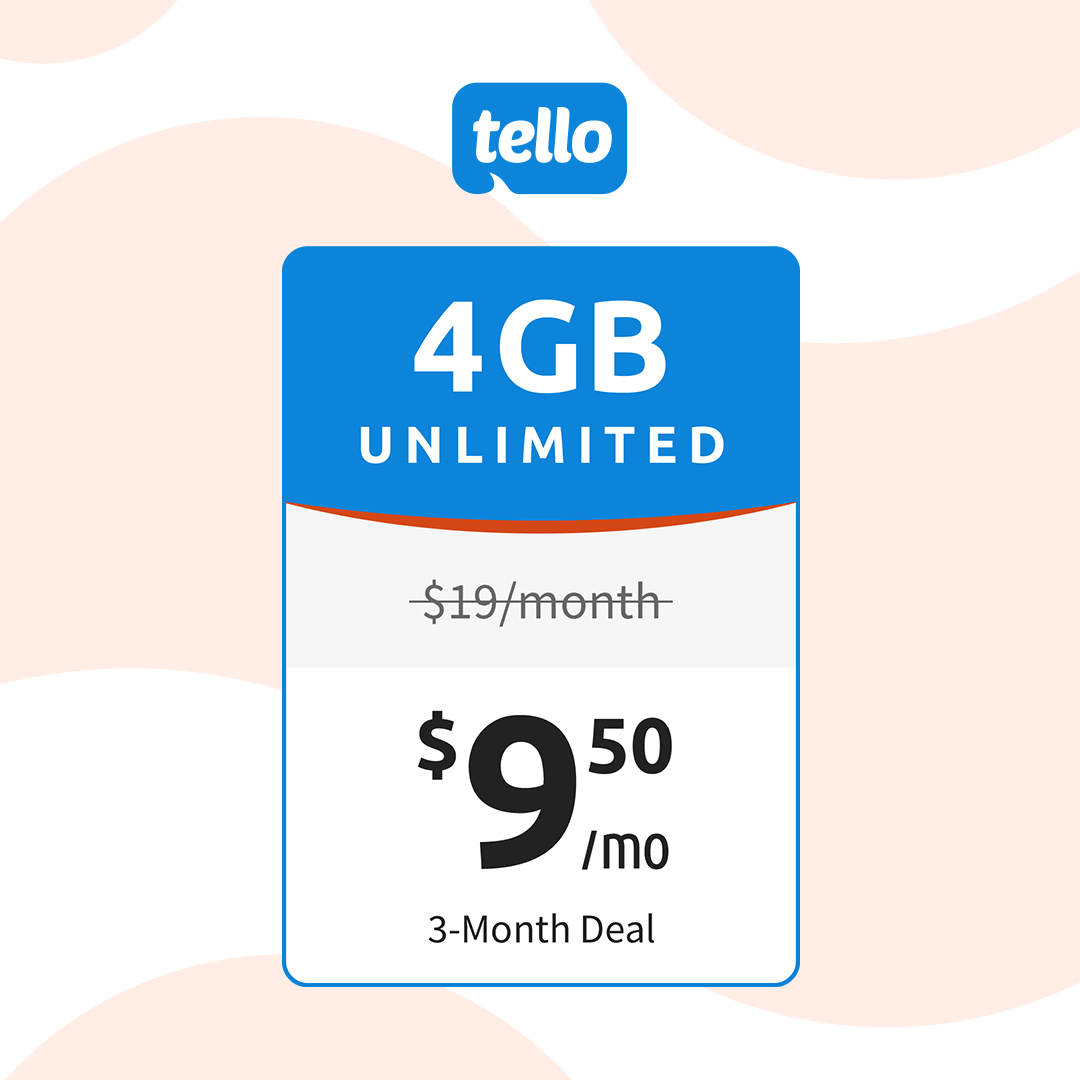 What happens after the 3 months?

If you’re still into us, keep your plan and score great savings with the regular price as well. If you think you need to downgrade or upgrade its components, feel free to do that anytime, at no extra cost.